Cosmetic surgery clinics have reported an 18 per cent increase in enquiries in the past 6 months of people having anti-ageing procedures on their hands.

The new cosmetic surgery trend, which sees women having dermal fillers and laser resurfacing to reduce the signs of ageing, has been dubbed the banishing of ‘Madonna Mitts’ after popstar Madonna, 55, who has ‘anti-aged’ almost every part of her body but often resorts to fingerless gloves to cover her hands.

As the years pass, skin on the hands thins, causing veins to become more prominent and liver spots to appear. While make-up can disguise tell-tale signs of ageing on the face, it’s more difficult with hands, which is why it’s often said that hands are the best indicator of age. As our hands are exposed to the sun more frequently than other parts of the body and a failure to apply sun cream to hands as regularly as we do the face makes them susceptible to sunspots and accelerated aging. 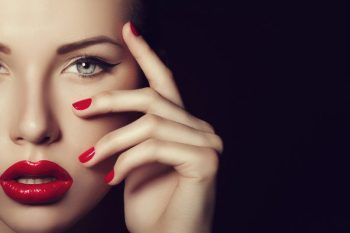 Hand rejuvenation is becoming increasingly popular, with dermal fillers volumising and smoothing the skin, encouraging the production of collagen to provide a youthful look. Laser resurfacing of the hands is also on the rise thanks to its ability to improve sun-damaged skin and reduce the appearance of sunspots. The before and after images above pay tribute to this new trend.

Nu Cosmetic clinic offer a treatment to rejuvenate the hands and have seen a surge in enquiries.

Their procedure takes fat from one part of the patient’s body and injects it into the hands. It is done while the patient is awake and is designed to give long term rejuvenation benefits to the hands. While make-up can disguise tell-tale signs of ageing on the face, it’s more difficult with hands – which is why it’s often said that hands are the best indicator of age.

‘Your hands are a difficult part of your body, there’s not a lot you can do with them to help reduce the ageing process as they’re always exposed´ Nu Cosmetic clinic specialist plastic surgeon Mr Borghini quoted.

The procedure, where filler is injected into the skin- takes around 30 minutes to be completed and claims to give instant results. ‘It is common for women, as they grow older, to lose weight in their hands, which means that veins and wrinkles can become more evident. Prolonged exposure to the sun will also speed up the ageing process. 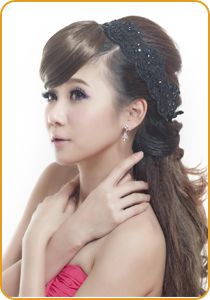 And while treatments like laser resurfacing to target the signs of ageing, or traditional fillers to make the hands appear fuller and healthier, can offer effective results, these can really only ever offer a temporary solution. A more long terms solution is fat transfer, a technique which is fast becoming one of the most popular for hand rejuvenation purposes. The procedure uses advanced technology to produce a pure and effective fat graft, which means that fat can safely be taken from one area of the patient’s body, such as their thighs or stomach, and injected into the hands.

The fact that the procedure is minimally invasive is also an important factor. Many patients have careers which do not allow for them to be away from work for long periods of time. Fat transfer is a walk-in, walk-out procedure and one which is performed under local anaesthetic, so patients can undergo treatment without too much disruption to their lives.

It is expected to see procedures such as this continue to grow in popularity, as women decide to invest further in different aspects of their appearance, later into life.