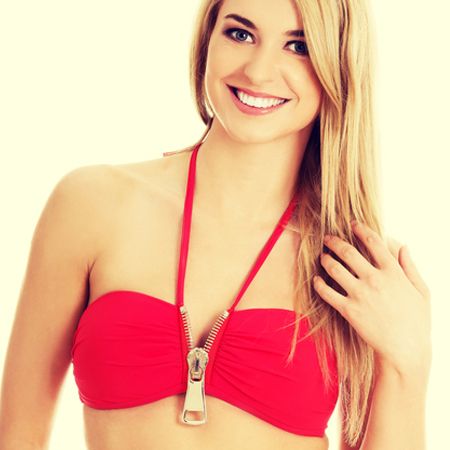 Whether it’s a conversation in the media or between a group of people, the topic related to breasts that seems to get the most attention is making them bigger. And because countless women have increased their self-esteem and confidence through breast augmentations, it’s great that society feels so comfortable talking about this procedure. However, there is one downside to the constant emphasis on increasing breast size. That downside is it overlooks women who have issues with their breasts for the opposite reason.

One of the most common reasons that women don’t love having really large breasts is because they can cause physical discomfort. Many women have found that even when they aren’t doing an activity like working out, their large breasts put a strain on their back. This ongoing strain can cause long-term problems like poor posture.

Since big breasts can be problematic even when a woman isn’t doing anything overly physical, it’s not surprising that trying to do things like go to the gym can be extremely hard. Plenty of women with large breasts have attempted to give themselves enough support by using multiple sports bras, only to discover that they still end up with issues.

Breast Reduction Can Be Just As Helpful As Breast Enhancement

Recently, Big Brother star Casey Batchelor did a photoshoot. What made this photoshoot special was Batchelor did it after undergoing breast reduction surgery. Since many photoshoots are focused on women who have made their breasts larger, it was very empowering for her to take this approach.

Because Batchelor is a celebrity, she received lots of media questions about her shoot. In response, she said that, “for the first time, I can now go out bra-less. I no longer have to worry about my boobs wibbling and wobbling all over the place.” She also said that “my boobs are so much perkier and I love them. They have given me so much more body confidence.” And as an added benefit, the procedure helped her lose weight and feel that her entire body is now in the correct proportion.

What To Do If You’re Interested In A Breast Reduction

If the large size of your breasts has made you unhappy for years or even decades, you don’t have to continue suffering. By meeting with an experienced plastic surgeon, you will have the opportunity to discuss the change you want to make and have your suitability as a surgery candidate fully evaluated. If you and the surgeon agree that this procedure is the right way to accomplish your goals, going through with it can bring so many positive benefits to your life.