Home » Can Male Breast Reduction Be Done with Vaser?

Over the last decade, more men than ever before have had to deal with a very embarrassing problem. Male breasts are the problem that has developed into an issue that plagues men across the globe. This problem is perfectly demonstrated by the story of Charlie Edgeworth. Although he’s only 19, Charlie spent years being constantly teased because of the fact that he had breasts. Because his breasts stuck out even when he had on a shirt, there was no way for Charlie to escape from being constantly tormented.

Why Do Men Develop Breasts?

There are a variety of reasons why men can develop breasts. For some, it’s as simple as gaining weight. Since fat can deposit itself on any part of the body, some men experience a large amount of fat accumulating on their chest. In other cases, drinking too much alcohol or being exposed to other types of hormones like soy can result in breasts that look like they should be on a woman’s body. With certain causes of male breast growth, lifestyle changes can cause them to go away. 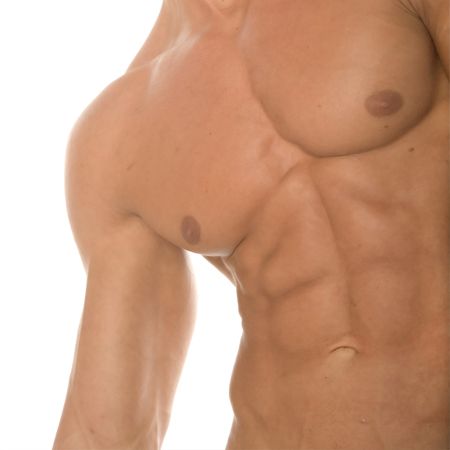 However, one of the most harmful misconceptions about male breasts is their growth is always related to something a man is doing by choice. As a result of that misconception, far too many men believe that they can get rid of their breasts by doing something like working out more or eating less. In reality, a large percentage of men with breasts end up this way because of a condition known as gynaecomastia. Since gynaecomastia is the result of a man’s body producing too much estrogen, it may be impossible to get rid of breasts through lifestyle changes alone.

There Is Hope For Men With Gynaecomastia

Even though Charlie Edgeworth had to go through a lot of hard years, his story isn’t one of sadness. Instead, Charlie’s story is one of hope. The reason Charlie’s story should be an inspiration to men of all ages is because he no longer has breasts. Thanks to what’s now possible with modern cosmetic surgery, Charlie was able to have his breasts removed. Now that Charlie’s chest looks like that of a man instead of a woman, he’s no longer plagued by a lack of self-confidence. Instead, as he explained in an interview, “my life can begin again. I can have a relationship now without feeling self-conscious. I have regained my confidence.”

If you’re a man who has breasts, your story can have a happy ending as well. Even if you’ve attempted to get rid of your breasts but failed to do so through lifestyle changes, Vaser liposuction can give you the flat chest that you desire so badly. By having Vaser liposuction done by an experienced cosmetic surgeon, you will get to start reaping all the benefits that go along with having a flat and masculine chest.

Since Vaser liposuction is an established and straightforward procedure, all you need to do to get started on the path towards feeling 100% like a man is to schedule your initial consultation.