Experimenting is a natural part of human nature. Whether it’s taking part in a new experience or doing something to change your appearance, you probably have a long list of things that you’re happy you tried but don’t necessarily want to be actively associated with today.

In most cases, experimentation is something that can be done and then moved on from. However, not every experience is possible to neatly put behind you. If you do something drastic to your appearance, it may take a major step to erase the evidence of that point in your life. 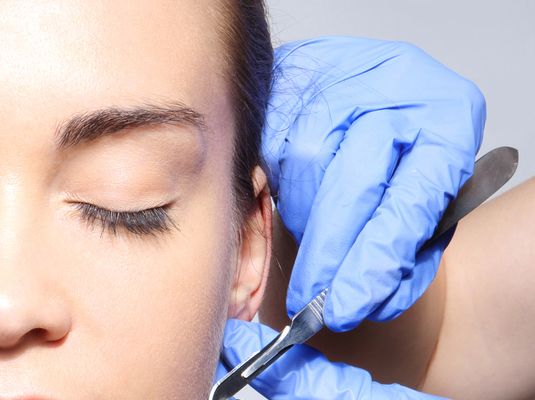 In the past, tattoos were the most common thing that people wanted to remove from their body. While the demand for tattoo removal is still high, anyone willing to invest the time and toleration of pain necessary to have a tattoo removed can get rid of their unwanted ink.

Recently, a new modification has sprouted up as something that many people want changed. The modification that so many people across the UK and the rest of the world are trying to fix is their stretched out earlobes. Although it’s true that gauged ears can look quite cool, you’re not alone if you’ve discovered that this look isn’t something you want forever.

The problem with gauged ears is unlike making a change like dyeing your hair, you can’t simply go back to the way you were before. Instead, taking the plugs out of your earlobes means you’re going to be left with literal holes in your earlobes. This problem has become so prevalent that it has actually been named a flesh tunnel. And unlike an earlobe with a gauge in it that looks cool, most people agree that this flesh tunnel looks downright nasty.

How to Fix Earlobe Flesh Tunnels for a Fresh Start

Whether it’s for professional or personal reasons, if you’ve decided that the time has come to say goodbye to your gauges, you’re probably wondering what you can do about your dangling earlobes. The good news is the aftermath of this ear modification doesn’t have to stay with you forever. Instead, there is an established cosmetic procedure for repairing earlobes that have been stretched out.

Even though flesh tunnels look quite gnarly, the surgery to fix them is relatively straightforward. The repair begins by administering a local anesthetic. Most people agree that the 10 seconds of this being administered is the only real pain they experience. Once the area is numb, the stretched skin can be removed. Then the ear can be stitched internally. Since melt-away stitches are used on the outside, the recovery process is quite easy. Even when both earlobes need to be repaired, it generally only takes about a half hour for the entire procedure to be completed.

If you want to discuss having your flesh tunnels taken care of, you can begin the process by scheduling a consultation.