Moles, freckles and skin are growths and marks on the skin that are not usually a cause for concern. However, if a mole is getting bigger over time, or if it is uneven, itchy or bleeding, get it looked at by a doctor.

Moles are growths on the skin that are usually brown or black. Moles can appear anywhere on the skin, alone or in groups. 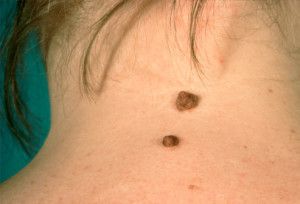 Most moles appear in early childhood and during the first 20 years of a person’s life. Some moles may not appear until later in life. It is normal to have between 10-40 moles by adulthood.

As the years pass, moles usually change slowly, becoming raised and/or changing colour. Often, hairs develop on the mole. Some moles may not change at all, while others may slowly disappear over time.

What causes a mole?

Moles occur when cells in the skin grow in a cluster instead of being spread throughout the skin. These cells are called melanocytes, and they make the pigment that gives skin its natural colour. Moles may darken after exposure to the sun, during the teenage years, and during pregnancy.

Dysplastic naevi are moles that are larger than average and irregular in shape. They tend to have uneven colour with dark brown centres and lighter, uneven edges. These moles tend to be hereditary (passed on from parent to child through genes). People with dysplastic naevi may have more than 100 moles and have a greater chance of developing melanoma, a potentially fatal form of skin cancer. Any changes in a mole should be checked by a doctor to detect skin cancer.

How do I know if a mole is cancerous?

Most moles are not dangerous. The only moles that are of medical concern are those that look different from other existing moles or those that first appear after the age of 20. If you notice changes in a mole’s colour, height, size or shape, you should seek medical advice to evaluate it. You should also have moles checked if they bleed, ooze, itch, appear scaly or become tender or painful.

Examine your skin with a mirror or ask someone to help you. Pay special attention to areas of your skin that are often exposed to the sun, such as the hands, arms, chest, neck, face and ears.

If your moles do not change over time, there is little reason for concern. If you see any signs of change in an existing mole, if you have a new mole, or if you want a mole to be removed for cosmetic reasons, talk to your doctor or dermatologist.

The following ABCDEs are important characteristics to consider when examining your moles. If a mole displays any of the signs listed below, have it checked immediately. It could be cancerous.

How are moles treated?

If a dermatologist believes a mole needs to be evaluated further or removed entirely, he or she will either remove the entire mole, or first take just a small tissue sample of the mole to examine thin sections of the tissue under a microscope (a biopsy ). This is a simple procedure. (If the dermatologist thinks the mole might be cancerous, cutting through the mole will not cause the cancer to spread.)
If the mole is found to be cancerous, and only a small section of tissue was taken, the dermatologist will remove it by cutting out the entire mole and a rim of normal skin around it, and stitching the wound closed.

A skin tag is a small flap of tissue that hangs off the skin by a connecting stalk. Skin tags are not dangerous. They are usually found on the neck, chest, back, armpits, under the breasts, or in the groin area. Skin tags appear most often in women, especially with weight gain, and in elderly people. 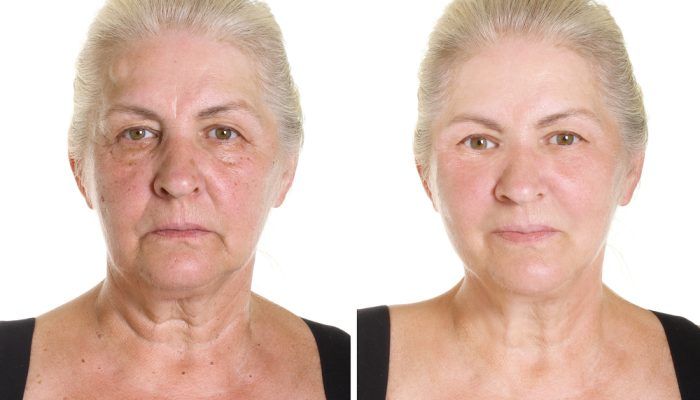 Skin tags don’t usually cause any pain. However, they can become irritated if anything, such as clothing or jewellery, rubs on them.

How are skin tags treated?

Your doctor can remove a skin tag by cutting it off with a scalpel or scissors, with cryotherapy (freezing it off), or with electrosurgery (burning it off with an electric current).
Lentigo

A lentigo (plural: lentigines) is a spot on the skin that is darker (usually brown) than the surrounding skin. Lentigines are more common among white people, especially those with fair skin.

Exposure to the sun seems to be the major cause of lentigines. Lentigines most often appear on parts of the body that get the most sun, including the face and hands. Some lentigines may be caused by genetics (family history) or by medical procedures such as radiotherapy.

How are lentigines treated?

There are several methods for treating lentigines:

*Cryotherapy (freezing it off)
*Laser surgery
*Creams that are applied to the skin including retinoids and bleaching agents.

Can lentigines be prevented?

The best way to prevent lentigines is to stay out of the sun as much as possible. Use sunscreen when outside and avoid using a sunbed.

Freckles are small brown spots usually found on the face and arms. Freckles are extremely common and are not a health threat. They are more often seen in the summer, especially among lighter-skinned people and people with light or red hair.

Causes of freckles include genetics and exposure to the sun.

Do freckles need to be treated?

Since freckles are almost always harmless, there really is no need to treat them. As with many skin conditions, it’s best to avoid the sun as much as possible, or use a sunscreen with SPF 15 or higher. This is especially important because people who freckle easily (for example, lighter-skinned people) are more likely to develop skin cancer.

If you feel that your freckles are a problem or you don’t like the way they look, you can cover them up with makeup or consider certain types of laser treatment.

Seborrhoeic keratoses are brown or black growths usually found on the chest and back, as well as on the head. They originate from cells called keratinocytes. As they develop, seborrhoeic keratoses take on a warty appearance. They do not lead to skin cancer.

The cause of seborrhoeic keratoses is unknown. They are seen more often as people get older.

How are seborrhoeic keratoses treated?

Seborrhoeic keratoses are benign (not harmful) and are not contagious. Therefore, they don’t need to be treated.

If you decide to have seborrhoeic keratoses removed because you don’t like the way they look, or because they are chronically irritated by clothing, methods for removing them include cutting them off, cryotherapy and electrosurgery.

Mole / skin tag removal is just one of a series of skin treatments that Nu Cosmetic clinic can help you to treat and control. You  can book on-line or call free on 0800  030 2930 to visit your nearest clinic.