Ever wondered what you’d look like with a pair of 36D boobs? A procedure in America now allows you to find out  for 24 hours. Should we line up when it becomes available here?

According to Dr Marshall Murdoch, a plastic surgeon at the Wits Donald Gordon Medical Centre in Jo’burg, Instabreast, the procedure during which your boobs go up a few cup sizes in an instant but only for 24 hours was developed by Dr Norman Rowe, a New York plastic surgeon.
It can be completed under local anaesthetic in just 20 minutes, in the doctor’s office, which has earned it nicknames such as the Cinderella breast augmentation and the lunch-time boob job. It involves injections of up to half a litre of saline solution into your breasts and for the next day or so, your assets will have additional volume and fullness. The saline solution is slowly absorbed into the bloodstream over the next 24 to 48 hours, after which your breasts return to their normal size. 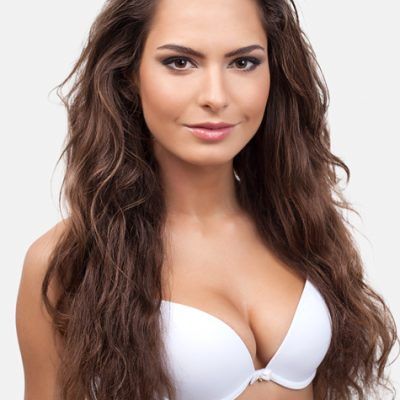 It’s apparently no more painful than having Botox although some argue that that is not without discomfort, after all, you’re bound to notice if you’ve just pumped half a litre of liquid into your body. According to international reports, Rowe has big plans for his procedure: he’s looking to make ‘vacation boobs’ a reality by creating a technique that ensures the saline solution is absorbed over a period of days rather than hours.
Rowe has promoted his short-lived procedure as an excellent way to see what your body would look like before you commit to surgery. Think of it as a test. According to his website Normanrowemd.com, ‘Dr Norman Rowe feels that breast augmentation is a very personal decision that should never be rushed. This state-of-the-art procedure offers a temporary boost in breast size without having to go under the knife.’

But Murdoch warns that most plastic surgeons would consider this a rather extreme way of determining whether you should go ahead with a boob job or settling on the optimal size, especially as there are less drastic options (including ‘sizing kits’ offered by most implant companies or even more effective  virtual reality augmentation made possible by 3D medical imaging systems). Then again, there are women who may consider the Cinderella boob job if they have a special occasion and want to a special dress.

Murdoch says that saline is pretty safe as it’s obtained from sterile, pyrogen free intravenous solution bags. As long as it’s administered under sterile conditions, the risk of infection should be low. 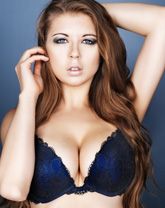 There’s a catch, however: saline solution is made from sodium chloride, which could possibly have an impact not only on the surrounding tissue but also on your system as a whole. If you’re injecting very large amounts of saline into your body, the pH of your cells may be affected because sodium chloride is significantly more acidic than your body. This could result in a condition called metabolic acidosis, which can cause symptoms such as headaches, chest pain, heart palpitations, nausea, decreased visual acuity, abdominal pain, weight gain and changes to appetite, muscle weakness, and pain in the bones and joints. Although the risk of developing the condition is quite low if you’re in good health, Murdoch says its effects on someone in poor shape ‘shouldn’t be underestimated’.

Apart from that, there’s also the risk of tissue damage. For example, the stretch and elasticity of your skin and its ability to bounce back into shape may be affected.

Murdoch says that prospective patients should be aware that, although Rowe offers the procedure on his website, there are currently no scientific publications documenting the safety, efficacy and potential complications it involves. ‘It would seem the safety record is currently limited to the anecdotal experience of its inventor, and it should be considered highly experimental at best,’ he says, adding that most medical professionals would advise their patients to avoid a procedure until a reasonable amount of good quality data is available.

Still keen on the idea of bigger boobs? Visit Nu Cosmetic clinic for a free consultation who will be able to provide information on more established techniques.